Since 1986, REPPLUS market shafts, mechanical heads and mechanical-pneumatic system for the winding and unwinding industry.
Find REPPLUS on social networks :

Your solutions for winding or unwinding reels

The story of this family driving company on a human scale

1986
Birth of REPPLUS
Since the creation of the company in Reims, REPPLUS sells airshafts and pneumatic chucks for the unwinding and winding industry.
1988
Airshafts manufacturing
We develop custom expandable airshafts. The machining is done by our subcontractors, but the study, the assembly and the tests remain in our workshops.
2001
Investment of machining machines
Repplus launches its airshafts production with the aim of controlling quality and turnaround times.

2004
New structure
The company is moving in Rosnay (51), and doubling its area to increase its production capacity, bulding a factory.
2011
Expansion of the workshop area
The purchase of new and more sophisticated machine tools to meet new productivity needs, pushes us to double the area of the workshop.
2016
Erik Stebler succeeds his father as head of the company
The company has got 8 machining machines and markets its products in worldwide. The export that is growing in our society represents about one-fifth of the turnover.
2018
New expansion of our workshop and our offices
We realized works increasing the surface of 450 square meters, most of which for the workshop part. This allowed us to host the new 5-axis machining center, improving productivity in terms of speed and production capacity. Repplus counts to date 12 people.
2022
Export
The company is well established on the export, which represents 25% of its turnover. Our different distributors contribute to this success.

An offer of products and services adapted to your needs

1. Manufacture of pneumatic airshafts
We produce and market all kind of airshafts for the French and European markets. The design department realizes the design of the airshafts on a CAD software. A plan file is attached to each of the clients and results from a sending of a diagram made by the technical salespeople.

Made to measure, our shafts allow a good adequacy between our product and your needs. We are always present to meet your expectations. We can find spare parts for any type of airshafts, REPPLUS or not. Our know-how allows us to tailor the product. In addition, we advise you on all the parts you need for the design of a project requiring airshafts thanks to our expertise.

Since 1989, we are distributor of the German company MAIER, manufacturer of rotary joints, for the French market only. We also distribute clamping elements under our brand TRK and have gained a solid experience in this field. In 2006, we added FMS force sensors and tape guides to our product line. 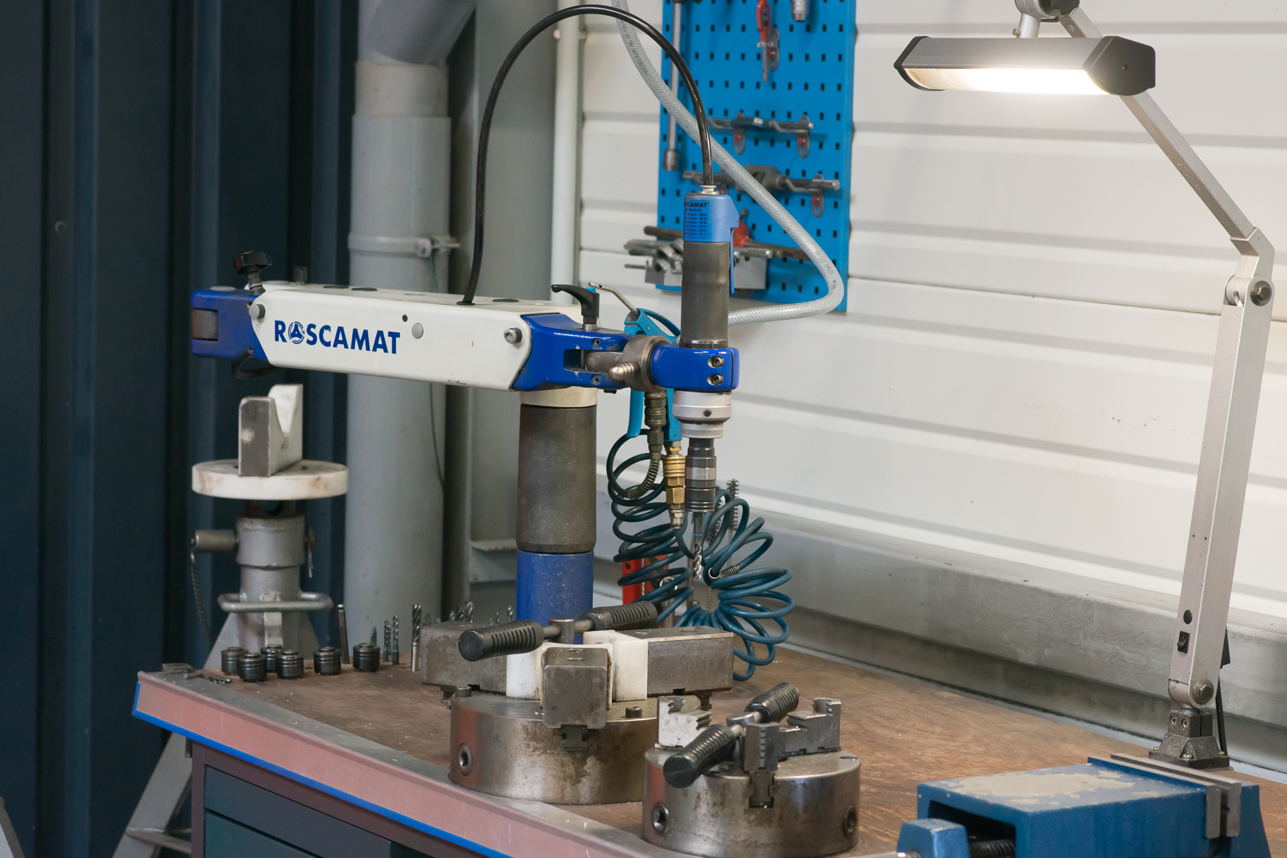 All parts used for repair are original parts directly from the manufacturer. Any repair will be preceded by an estimate and a prior acceptance.

What is our field of ​​expertise?

Our expertise advises you

Our fields of expertise
Repplus is historically active in the adhesive label market, working in collaboration with machine manufacturers and end-users (label manufacturers). New manufacturing processes are appearing, and the company adapts and evolves according to your needs and the market. Recpplus is positioning itself as an expert on the label market since it has been manufacturing specific products for this field for many years.

Our company adapts its products to the packaging market. For example, we distribute all-stainless steel shafts for the agri-food and pharmaceutical industries. His experience and responsiveness in this area are two important assets.
We are also present in other sectors such as plastics, textiles and aeronautics.